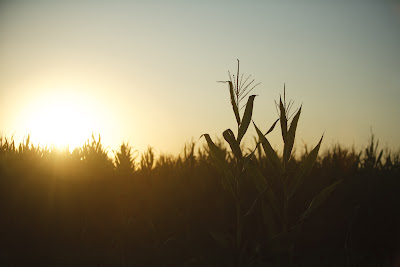 After following very closely two Future of Food events in the past couple weeks led by the PulitzerPrize winning editor of the Washington Post, Mary Jordan, I’ve had my eyes opened to just how complex and how many people in our country are concerned with the issue of feeding a growing global population. While many Americans are unsure where their next meal is going to come from, thought leaders in the agriculture and political spaces are considering how America will help feed an expected 9 billion people by the year 2050.
In food insecure countries around the world, neither farmers nor government have the necessary land or water needed to support a growing population. Without proper land and water systems at their disposal, the likelihood of producing an ample amount of food to feed their people is grim. As a result, people tun to any means necessary to survive which which means increased violence and unrest. In areas like the Middle East, there has already been in influx of violence, protest and crime due to the hunger issue. Iran, North Korea and China, as they experience rapid population growth, area also developing weapons which may at some time be used to attain food from countries that have water systems and land needed to produce food.
As we think about the role of food in regard to national security, it’s also vital to look at the quality of food that is available. Just eating what’s available isn’t the answer. Our country has an obesity epidemic that costs us trillions in healthcare annually as a result of poor choices and limited access to healthy food. There are growing concerns from a nutritional standpoint as the weight of our nation increases, childhood obesity statistics grow and the number of people suffering from diabetes, hypertension and other weight related illnesses cost Americans an astronomical amount of their income in healthcare annually; we have to ask ourselves, where does the relief come from?
Today at the Future of Food event in Denver it was reported that nearly 40 percent of all the food produced in America is wasted. Either at production sites by manufacturers or consumption sites by people, we waste enough food to feed millions of hungry people. In fact, America wastes approximately one ton of food per hungry person in the world every year. As millions starve around the world every day, we have more than enough in our dumpsters to feed them a ton of food each… When you consider how wasteful and inefficient we are, it’s no wonder we’ve acquired the reputation we have with these countries.

If you think this topic is interesting, join the conversation on Twitter by using the hash tag #thinkfood  and weigh in with your opinion. There are three upcoming events led by Mary Jordan and the Washington Post before the 2012 election; starting on July 16th and concluding in October. If you care about the future of food, I challenge you to think about where it’s going to come from.