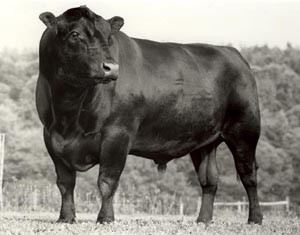 I wrote an essay for a NY Times writing contest. I didn’t make the top five and have my piece featured in the Times, however I make an ethical case for why it’s ok to eat meat below.

The other morning while brushing my teeth I thought about your contest as I spit a mixture of bad breath and refreshing cool mint into the sink. It would take another minute or so of wakening and contemplation, but again after spitting, I realized that in order to answer your question, I would need to take a look back.

While inspecting my teeth and well before morning caffeine, I pondered my lack of elongated k9 incisors. It occurred to me that longer and sharper k9’s would surely aid the tearing and chewing of a poorly prepared New York strip, and certainly would be fun on Halloween, but I concluded the ones I have do the job just fine; minus the Halloween fun.

Later that morning during a grinding Chicago commute, I caught myself thinking back to the days of hunting and gathering and how much simpler life must have been. I thought about how those who were here before us lived off the land by gathering fruits and vegetables and catching fish and shell fish from streams. As the population of hunters and gathers grew, so did the need for leaders of communities to provide more food without moving all over the land like nomads. So they began to think with their primitive minds of ways they could accomplish this feat. They built tools and realized with these tools they could capture varieties of different food sources. They discovered they could roast their food over fire and that if they did these things, they could provide safety and health to a growing number of people and they could sustain their existence.

Those who came before us discovered that eating a variety of berries, roots, fish and animals from the plains meant they could enjoy the taste of food and that their lives were a little better with the addition of the new foods. Possibly the greatest lesson learned during this age, was that the smartest and most forward thinking of the hunters and gathers were the most respected throughout their land. When the people from the east hunted a new species on the plain and provided it to their community, no one in the west intruded or told them they were wrong. There was mutual respect for each other’s techniques, and neighbors desired to be educated about new food sources. Neighboring communities collaborated to find the best ways to hunt and prepare the catch as well as utilize the energy that the food source provided to them.

Neighbors have always disagreed with each other but through that disagreement, change, healthy discussion and compromise have led to the evolution of the world population. Neighbors for ages have sat at the negotiating table to discuss significant matters, and for ages, placed at the table was food and drink, shared as a sign of peace and nourishment so that leaders could think with clear minds, without hunger. As the leaders of today sit at the negotiating table to discuss a rapidly growing population and a scarce food supply, it seems ethical that all types of food be considered to compliment the feeding the world conversation.

We may personally disagree on taste and dietary preferences, but it’s our responsibility to think forward about all people and provide them with access to affordable and nutritious food. Foods of all tastes and cultural preferences should be available to them – responsibly, as they were available for us.